The War With Nature

The Goodman funeral parlor (south side of 8th Street, east of Main Ave) was the site for the first triple funeral in Durango on November 9. Three members of the Real family, victims of the flu, were buried at Greenmount Cemetery. The public was not allowed to attend funerals due to the ban on crowds and gatherings. When the undertaker in Silverton died of the flu, Ray Goodman went there to take his place but caught the disease himself. He had to come home and fortunately survived. 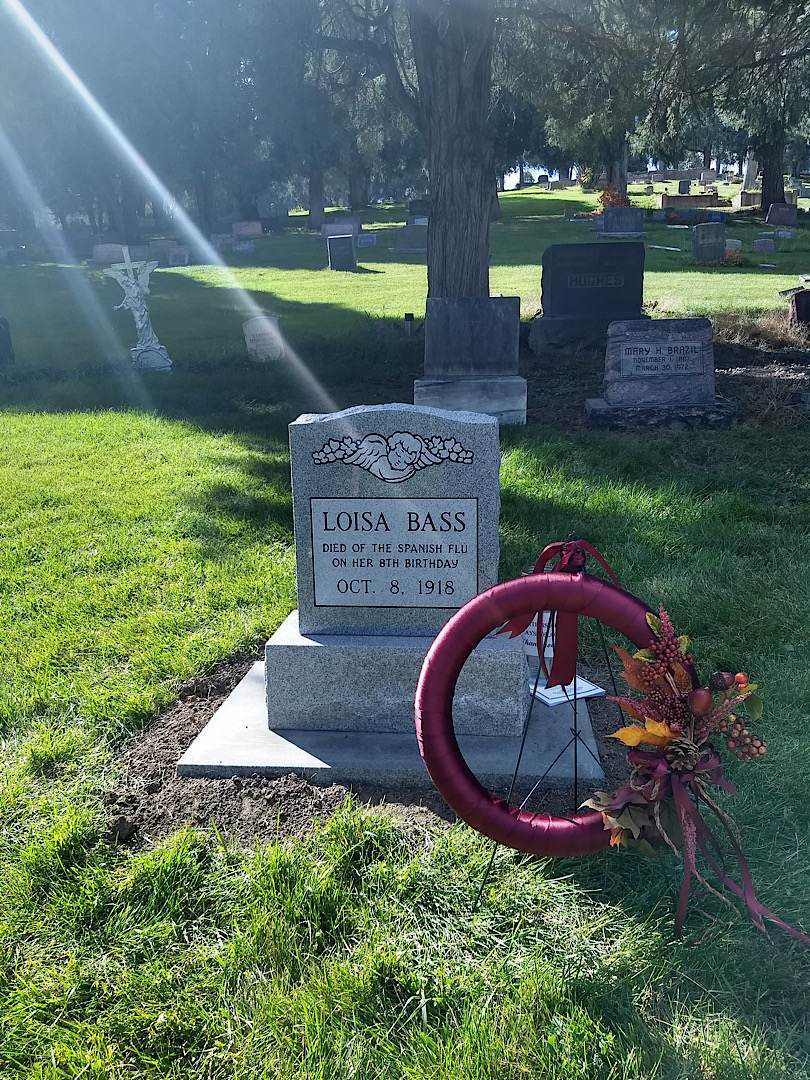 The virus responsible for the 1918 epidemic was particularly deadly for the young. One of Durango's earliest victims was little Loisa Bass. She died on October 8, 1918, her 8th birthday. She was laid to rest in an unmarked grave. The La Plata County Historical Society spearheaded a fundraising campaign to purchase a headstone for Loisa. Thanks to the generosity of the community, the stone was dedicated on October 8, 2019 at Greenmount Cemetery.

Loisa probably didn’t live long enough to jump rope to this little song that like the flu, spread across the country:

I had a little bird,

its name was Enza.

I opened the window,